An interesting aspect of communicating with children is the refreshing forthrightness of it. Whether they are articulate about some topic or not, they usually do not hesitate to tell you what they think, if you establish a good rapport with them. I was pleasantly reminded of that fact when I went to conduct my first set of interviews as a volunteer for the Hear Me initiative. We visited the Allentown Learning and Engagement Center, an after-school center for primary school children in the Allentown area.

It was a chilly Thursday afternoon when we arrived, but the place warmed my heart instantly. We were graciously welcomed by one of the people in charge, Amber. Inside was a joyous cacophony of children - running around, sneaking a tidbit here and there, creatively expressing themselves, and just being happy. I was immediately approached by this bright and assertive young lady, Kaylee, who wanted to sell us ice-cream (colourful cups of wool). Jess agreed to buy some, but not having any money at the time, she offered to teach Kaylee how to use one of our recorders. Needless to say, that brief exchange was already enough to make my day, because it captured the essence of why we were there. 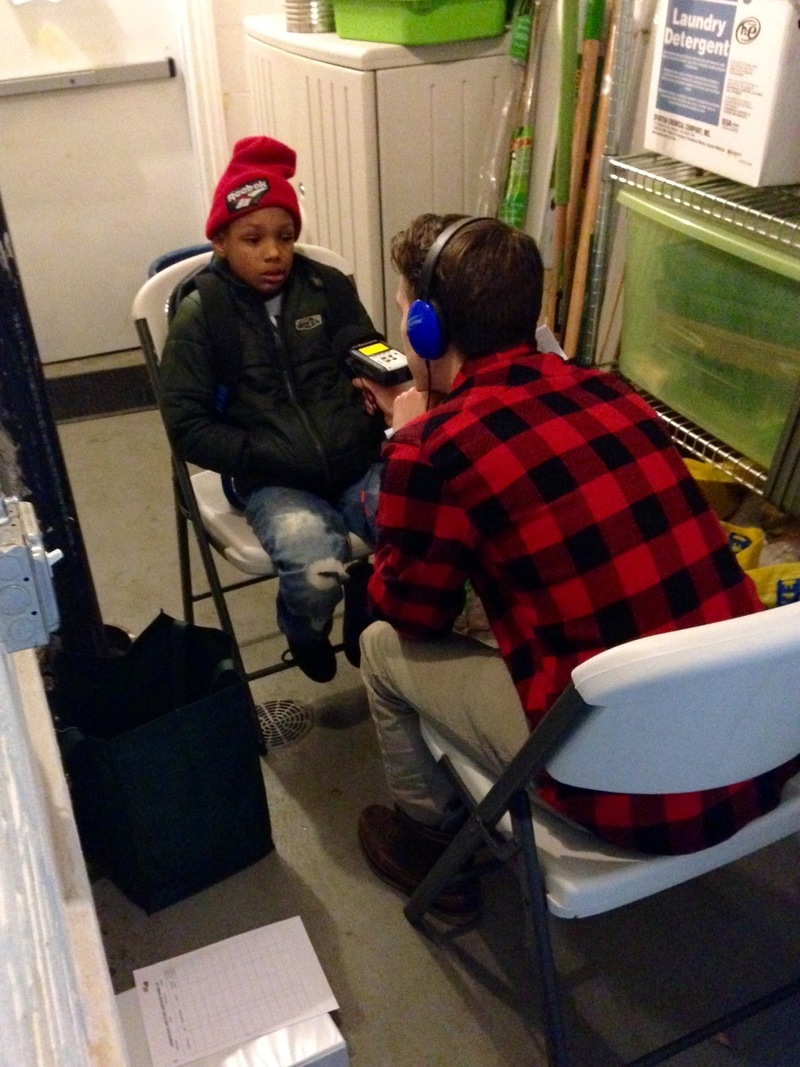 The interviews were quite intriguing. I spoke with a few boys aged between 7 and 9. I tried to avoid patronizing them while speaking with them. I explained to them why their views were important for people to hear, and why it was important they not hold back. In general, I was rewarded with their candour. The audio clips on the website will have the actual content that people can listen to, so I won’t try to paraphrase what they were saying too much. 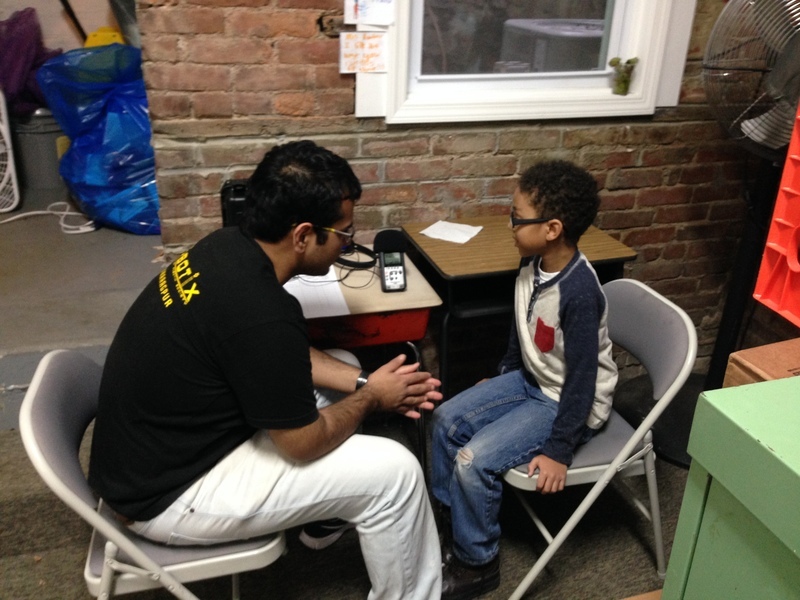 Some particular anecdotes stand out in my memory. When asked whether boys were better at girls in math and science, seven-year-old Liam emphatically stated that they were both people, and so there was no reason to think they would be any different at the same thing. Nine-year-old David seemed a bit skeptical of the whole thing. He disapproved of my choice of sneakers, justifiably so I think (being a graduate student, I have no illusions about my taste in apparel). Initially, he was reluctant to open up, finding it weird to have a recorder thrust in his face. Eventually, his interview went on to be the longest, so I am glad he overcame his awkwardness. Kejuan began by asserting that boys and girls were pretty much the same at everything, but after some more specific questions, started to appear more convinced of the superiority of boys in some domains, and of girls in some other. It’s interesting that at all of eight years of age, he had already started thinking about the way his opinions would be perceived by others.

The opinions seemed to either be that boys and girls are equal at science and math, or that boys are better. That does not dishearten me necessarily though. These boys are still very young, and issues of gender are perhaps not too high in their list of priorities. If anything, this highlights the fact that kids are forming opinions at young ages, based on what they observe around them. Therefore, putting more emphasis on inculcating the right ideas from an early stage could be very beneficial. 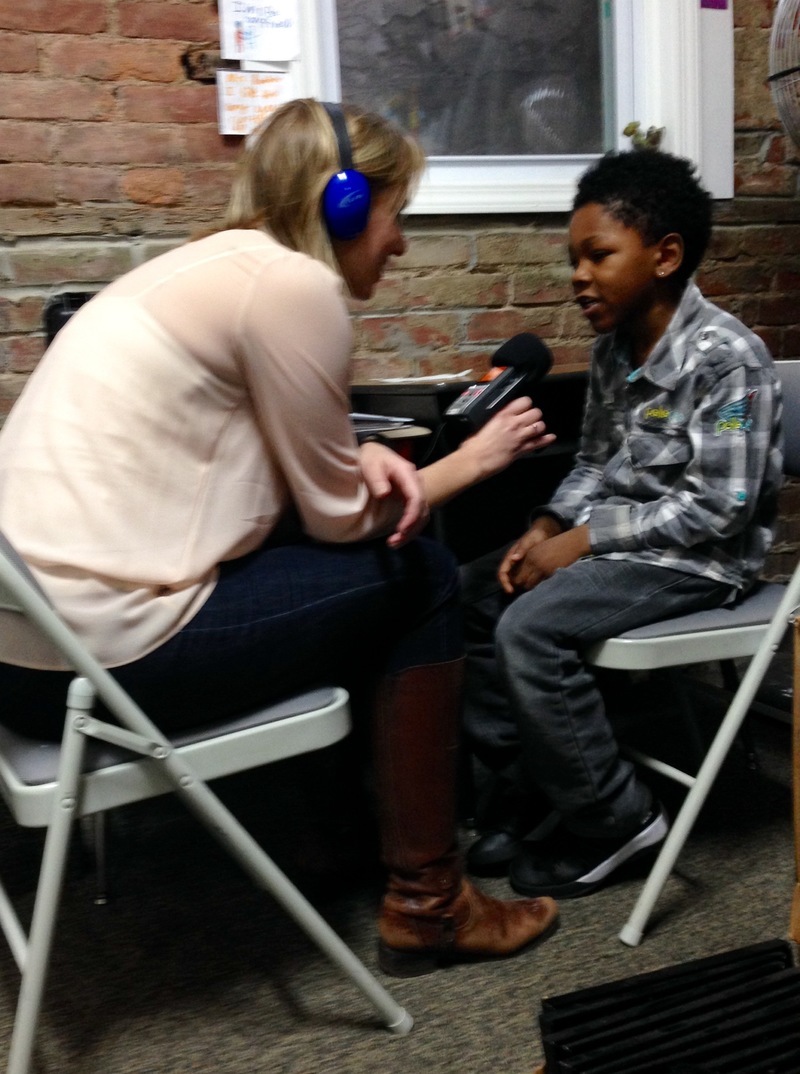 I finished up the interviews with a great sense of satisfaction. I was even more delighted to see that Kaylee had mastered the use of Jess’ recorder by then, and was expertly going around asking people questions. It made me reflect on how important it was to hear what schoolchildren have to say, so that adults can do better for children like Kaylee, and the boys I interviewed, and so many others, in creating a harmonious, mutually respectful environment for boys and girls.

As a graduate student, I often fall into the trap of having an inflated sense of self-importance about the work I do. Experiences like the one at ALEC help to keep me aware of the bigger picture, and of the myriad other issues outside research. All of us have a role to play, in whatever way, to help balance the scales between the sexes in education, after centuries of oppression and injustice had dented them. I hope hearing these young, honest voices can help in that regard.