This year's theme was “Framing Forward," because the films framed youth voice conversations in a proactive way. 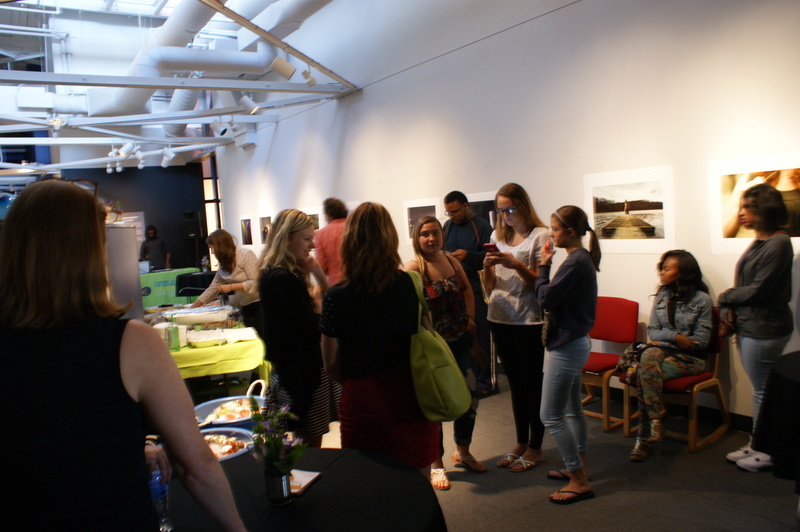 (pictured above: students from the three high schools gather before the screening)

Students from McKeesport High School focused their films on topics like "Power in School," which examined student choice in curriculum, availability of clubs, messages in music, access to post-secondary resources, and celebrated the School's vo-tech center. One McKeesport film group, Yellow Notebook Productions, told school administrators, “..we need an organized student voice, but we need you to listen.”

Clairton High School explored the lack of activities for young people in Clairton, and highlighted the potential problems that arise when young people don't have access to positive resources.

Students from Steel Valley explored the effects of stereotyping in high schools and asked their peers to initiate change by "... acknowledging that sometimes you do stereotype." The film urges students admit that stereotyping is part of school culture.

The documentaries were a result of a collaboration of schools and local organizations. For 15 weeks, the students worked on media production techniques, writing, storytelling, and critical thinking skills with Pittsburgh Filmmakers and the Western Pennsylvania Writing Project. The process allowed students to discover their voices through media, in addition to learning a valuable skillset.

Following the exhibition, a panel of experts gathered to discuss the relevancy and timeliness of the stories told in the films and to offer the first critiques of the students’ work.  Moderator Michelle King began by asking the panel whether Pittsburgh is living up to its label as a most livable city. All three panelists agreed that while Pittsburgh is a most livable city for some; others are left out, which prompted a discussion on resources and inequality.

Panelist Halle Stockton of PublicSource stressed to young people the need to further question existing structures. “Don’t be afraid to ask hard and uncomfortable questions. Those are usually the ones you really have to ask.”

Nico Slate, history professor at Carnegie Mellon, and Professional Filmmaker Gabe Columbo closed the discussion by reminding young people that society should treat them as contributing members, and embrace their ideas.

(pictured below: the three panelists address the audience) 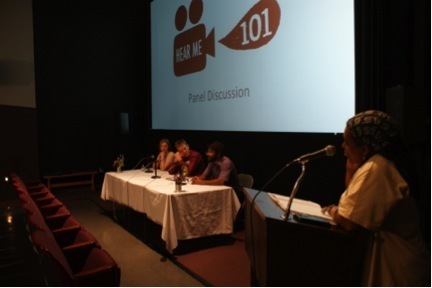 Four of the student filmmakers will be working with Hear Me over the summer 2015 to continue exploring the issues that they raised in their films. Stayed tuned to Hear Me’s newsletter and social media for updates!

Watch all of the films here.